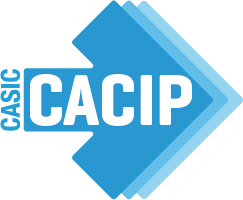 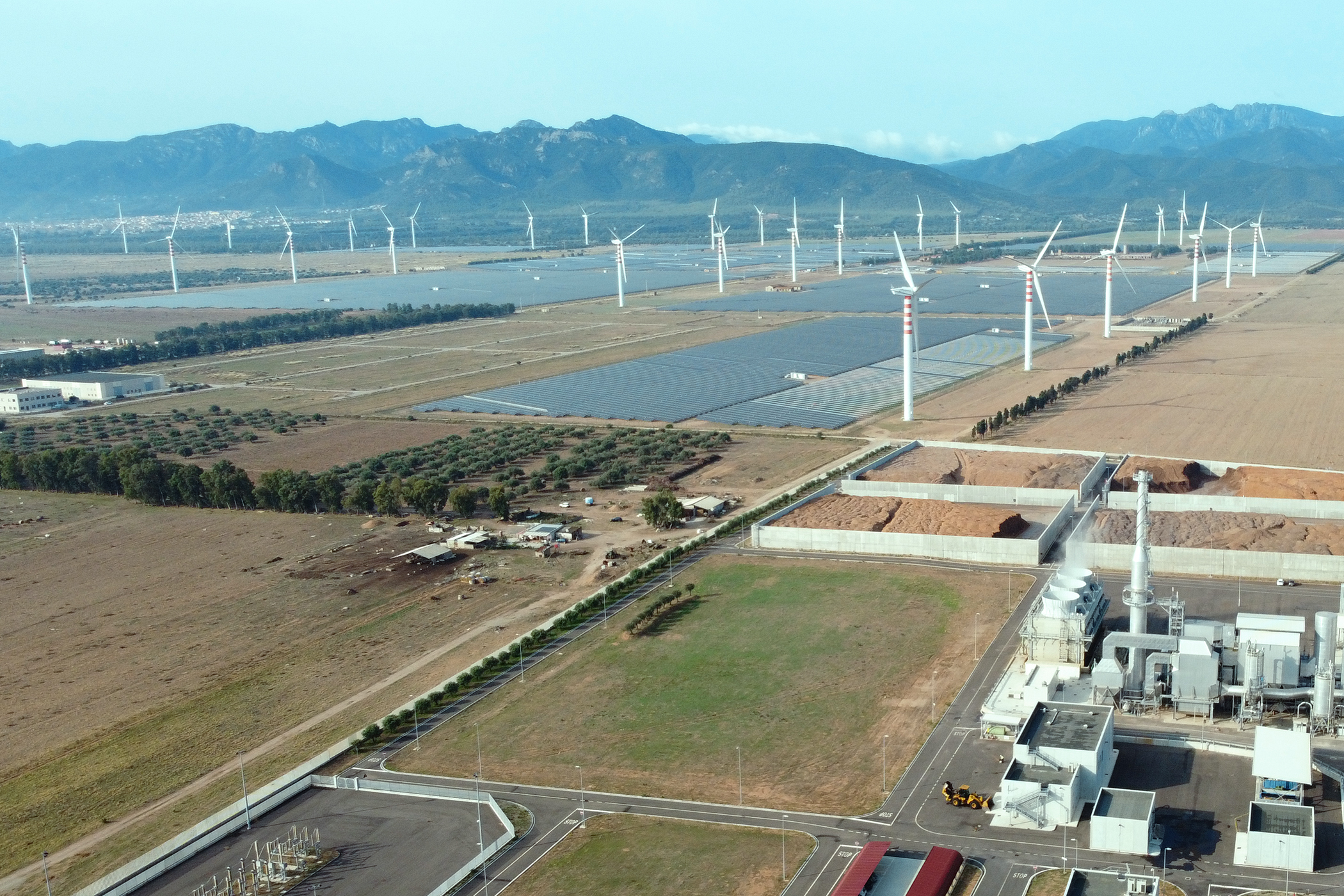 The Consortium has significant renewable energy generation capacity at Macchiareddu, consisting of photovoltaic plants and (to a lesser extent) wind farms. Total capacity, including the power installations already built and those authorised for construction, amounts to about 800 MW of power, plus a further 10 MW of energy from waste once the revamping of the Tecnocasic waste-to-energy plant is completed.

Over the past few years the Consortium has also received numerous requests for land parcels in the order of hundreds of hectares, for the construction other renewable energy installations (wind, solar, etc..), in the industrial zone of Macchiareddu.

Towards a low-carbon economy

The main companies present in the industrial zone use fuel oil with a high CO2 content, although some of them are converting to the more environmentally-friendly liquefied natural gas (LNG) through independent storage facilities.

The Consortium intends to use the energy that the industrial park is and will be able to generate in order to reach the goal of sustainable energy production for the companies located within the park and for other energy-intensive companies that may pick Macchiareddu as the site for their operations, to boost sustainability and environmental protection.

In addition, an advanced-stage project is pursuing the use of renewable energy to meet the energy demand of companies that use electrolysis to produce hydrogen, an element now considered a clean raw material with many applications.

Setting up a hydrogen valley

In this context, the Consortium has launched a project to supply green hydrogen to the companies located in the Macchiareddu park, starting from an initial mixture with liquefied natural gas (LNG) with a steadily increasing share of H2. The goal is to gradually convert the energy supply systems of the companies located in Macchiareddu from the fuel oil currently used to green hydrogen from renewable energy sources (RES).

The first step is to build the hydrogen-ready gas distribution network and a first 4-MW electrolyser module producing enough hydrogen to generate a mixture of 10% H2 and LNG and, subsequently, a second 10-MW electrolyser module to achieve a mixture of 30% H2, a value that will allow companies to exploit the new resource without having to change their systems. To supply 100% hydrogen fuel to the companies in the industrial park, a further upgrade of the electrolysis system with an additional 100 MW will be necessary.

The study carried out by the Consortium has seen the involvement of all the most energy-intensive companies in the industrial zone, which have helped to determine the demand, showing their interest in the initiative. In addition, several of the green energy companies in the industrial zone have expressed their interest in actively participating, both as energy suppliers and as possible developers of hydrogen production systems.

The first 4-MW electrolyser module could be powered directly by the 10 MW energy generated by the Tecnocasic waste-to-energy plant, thus maintaining the entire production and distribution process chain under CACIP’s control. Subsequent upgrades would be powered by the numerous PV systems in the area.

As is well known, the cost of producing hydrogen is higher than other power sources due to the high cost of electrolysers and the equally high cost of generating electricity from renewable sources.

Even deducting the cost of building the first electrolyser module (which will be covered by the public system), the cost of producing hydrogen would still remain higher than the cost of LNG.

Although the cost of green hydrogen is expected to fall rapidly in the coming years, as a result of the decreasing cost of building electrolysers and PV plants (and consequently of the renewable energy that powers the electrolysers), its entry into the market requires public incentives and funding.

To address this issue, the National Recovery and Resilience Plan (RRP) introduces a set of procedural and financial incentives to reduce the cost of producing green hydrogen. This includes assigning a key role to “hydrogen valleys”, i.e. clusters which have both renewable energy sources for hydrogen production and energy-intensive industrial operations, typical of industrial parks such as CACIP.

Moreover, the Consortium meets all the requirements to become a hydrogen production site, even beyond its territory. The location near the major industrial and civil demand centres of Sardinia (such as the city of Cagliari and the Sarroch industrial site), the possible construction of a gas distribution network by ENURA (SNAM – SGI), and the presence of excellent port and railway infrastructures make the industrial area of Cagliari a perfect hub for the production of hydrogen for the south of the island and the whole region.

The use of the funds available from adapting the works for the “construction of fluid conveyance infrastructure within the Consortium’s industrial area” would allow the immediate activation of the first and second lot of works with the first electrolyser module. The inclusion of the project in the Recovery and Resilience Plan would provide access to incentives to lower the cost of hydrogen production and to funding to complete subsequent modules of the electrolysis system.

We offer more than industrial development: we aim to be a high-profile hub for testing and implementing new ideas and to provide profitable investment opportunities despite the challenging economic and regulatory environment.

CACIP has produced a feasibility study on the full conversion of the Macchiareddu zone to hydrogen fuel and an economic and financial feasibility project for the first lot consisting of the hydrogen-ready distribution network, whose immediate activation would allow the conversion of the current fuel oil supplies to LNG. This would achieve an initial reduction in CO2 emissionspending the implementation of the second lot and the construction of the first electrolyser module for hydrogen supply.

Engineering company Sardegna Ingegneria srl has recently carried out for the Consortium a study on the possible alternative uses of the gas distribution network already available at the consortium and which can be expanded to enable the transport of the hydrogen produced to the companies wishing to use it.

On the basis of the study results, the Consortium has started searching for a reliable contractor for the executive design of an electrolyser. This project, included in broader infrastructure development at the consortium’s sites, will allow the Consortium to produce hydrogen with a process powered by energy from renewable or alternative sources, to be sold to the resident companies.

The PEM technology electrolyser in the Macchiareddu industrial park

The company chosen by the Consortium to produce the final electrolyser design, Remosa srl, has selected PEM (polymer electrolyte membrane) technology as the most appropriate for the project.

We use cookies on our website to give you a personalised experience by remembering your preferences and repeat visits. By clicking on “Accept all” you consent to the use of ALL cookies. Alternatively, you can visit “Cookie settings” to choose which cookies you want to accept.
Cookie settingsReject allAccept all
Manage consent

This site uses cookies to improve your experience while browsing the site. Of these, the cookies classified as necessary are stored in your browser as they are essential for the functioning of the basic functionality of the website. We also use third party cookies that help us analyze and understand how you use this website. These cookies will be stored in your browser only with your consent. You also have the option to disable these cookies. However, disabling some of these cookies may affect your browsing experience.
Further information can be found on the page Cookie Policy.
Functional
Functional cookies help to perform certain functionalities like sharing the content of the website on social media platforms, collect feedbacks, and other third-party features.
Performance
Performance cookies are used to understand and analyze the key performance indexes of the website which helps in delivering a better user experience for the visitors.
Analytics
Analytical cookies are used to understand how visitors interact with the website. These cookies help provide information on metrics the number of visitors, bounce rate, traffic source, etc.
Advertisement
Advertisement cookies are used to provide visitors with relevant ads and marketing campaigns. These cookies track visitors across websites and collect information to provide customized ads.
Others
Other uncategorized cookies are those that are being analyzed and have not been classified into a category as yet.
Necessary
Necessary cookies are absolutely essential for the website to function properly. These cookies ensure basic functionalities and security features of the website, anonymously.
SAVE & ACCEPT
Powered by